I think this might be the best breakfast I have ever eaten, and it didn’t even involve cookies or pie.  I just don’t know what is happening to me.  I never used to eat breakfast let alone like breakfast.  My poor mom tried for years to find something I would like.  I just wasn’t ever hungry first thing in the morning.  That’s because I was still trying to deal with the fact that I was awake.  Mornings and I were not on friendly terms.  Now I get up early every day because I want to have more time to get things done, and I actually enjoy it.  It is so weird.  And now I’m liking breakfast food?  Maybe it just took me a long time to grow up.  I don’t know,  but I am not complaining because it means a whole food group has opened up for me.  And it includes this amazing recipe. 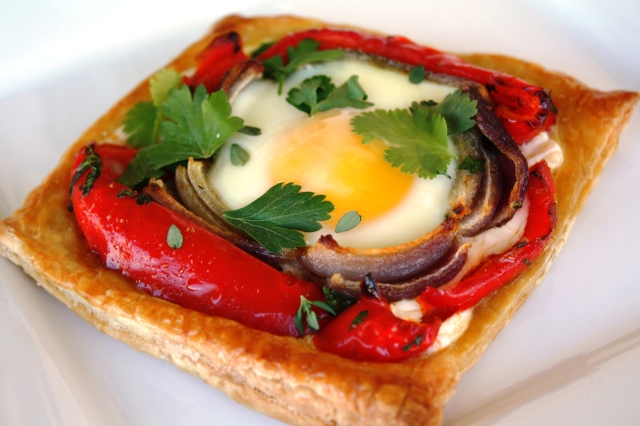 I really don’t understand why this recipe is so good.  The ingredients are pretty basic.  But the end result is so much more than the sum of the ingredients.  I thought I was going to like it.  But I didn’t think I was going to go crazy over it.  I am pretty sure already that this is going to be in my top 10 recipes of the year.  It is not a difficult recipe, but it does take a bit of time as there are several steps.  It includes roasting some veggies,

then chilling it.  This would be a great recipe for an Easter or Mother’s Day Brunch or overnight company.  I would recommend roasting the veggies and chilling the dough the day before.  That way, all that has to be done in the morning is spread the sour cream over the pastry,

and bake it with the eggs.

Don’t let the fact that you have to roll out puff pastry worry you either.  It is already rolled out into a square, and all you are doing is flattening it out a couple of inches more.  Just make sure you follow the recipe exactly.  Don’t be like me and forget to bake the puff pastry squares 10 minutes before you add the egg.  You will end up with mushy pastry.   Believe me, whatever you have to do to make this recipe is 100 percent worth it. 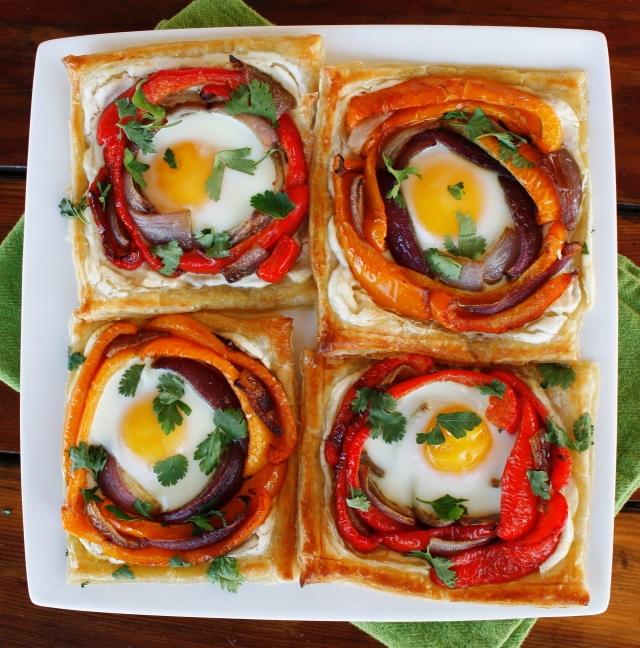 But don’t let me lead you to believe it is difficult, because it really isn’t.

I made these eggs because I just couldn’t get them out of my mind once I saw the picture of them.  Now I can’t get them out of my mind because I know how they taste.  I keep pondering when I should make them again.  I’m thinking as soon as possible and as often as possible.  We all know breakfast is the most important meal of the day.   I guess being a grown up has its advantages! 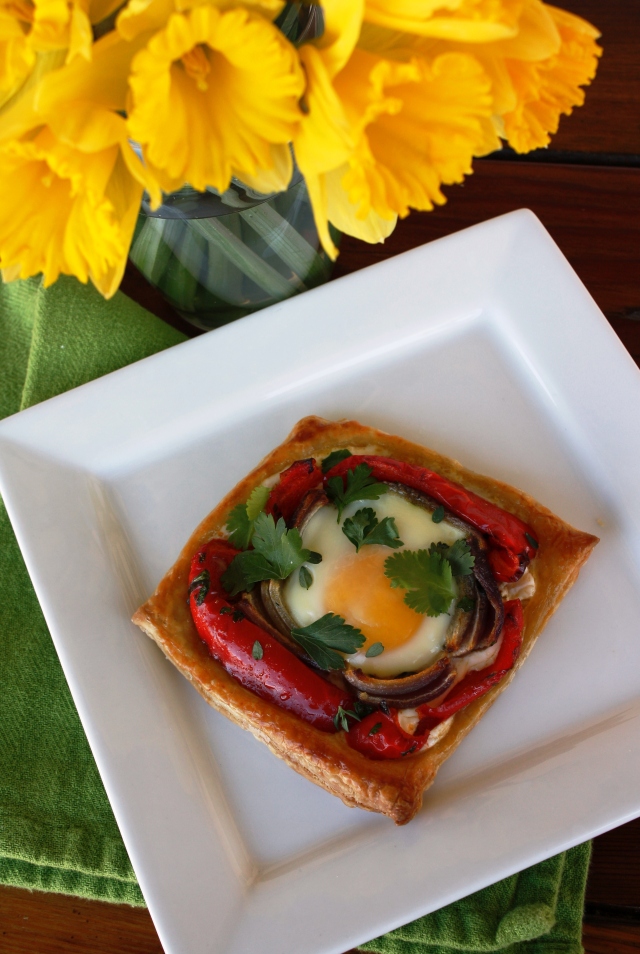 Recipe from Cook AZ I Do, adapted slightly from The View from Great Island blog, and originally found in the Jerusalem cookbook

My name is Shari, and I am an Arizona native and married mother of 3 who loves to cook and bake and figure out how to garden successfully in our suburban home in the desert. On this blog you will find a combination of savory and sweet recipes that have been tested by me, along with many tips to help you be successful. I hope you enjoy them! (cookazido.com)
View all posts by Shari →
This entry was posted in Breakfast, Company, Easter, Mother's Day, Recipes and tagged Baked Egg Pastries, Baked Eggs, Breakfast Recipes, Brunch Recipes, Company, Easter Recipes, Eggs, Mother's Day Recipes, Puff Pastry. Bookmark the permalink.